He graduated in Turin in 1985 with the Professor Rodolfo Sacco with a thesis in civil comparative law, he started to practice in Turin at the firm of Mr. Tomaso Tabellini. He moved to Milan in 1987 at firm Carnelutti and then to Paris in 1989 at Bignon Lebray. He worked at Pavia e Ansaldo in Italy, before in Milan and after in Turin where he was in charge of the office since its opening (1993). He became partner of Pavia e Ansaldo in 2003 and partner of  Agnoli Bernardi e Associati in 2005.

He is admitted to the Supreme Courts, he practices both as litigator and out-of-courts consultant in corporate law (also in extraordinary transactions), contractual, commercial, unfair competition and IP.

His practice is focused on:

· assistance and advice on corporate and commercial law to Italian and foreign clients, in particular in relation to extraordinary transactions also at cross border level;

· advice and assistance as litigator in IP rights, especially on copyright law: he is a member of Cellule Copyright, in the Première Vision in Paris, since its incorporation (1992);

· assistance in litigation and arbitration – also as arbitrator - in corporate and commercial law, with specific skills in cross border litigation;

He speaks English and French. 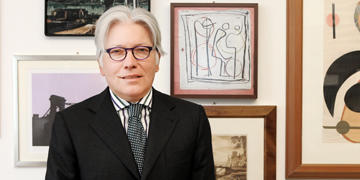